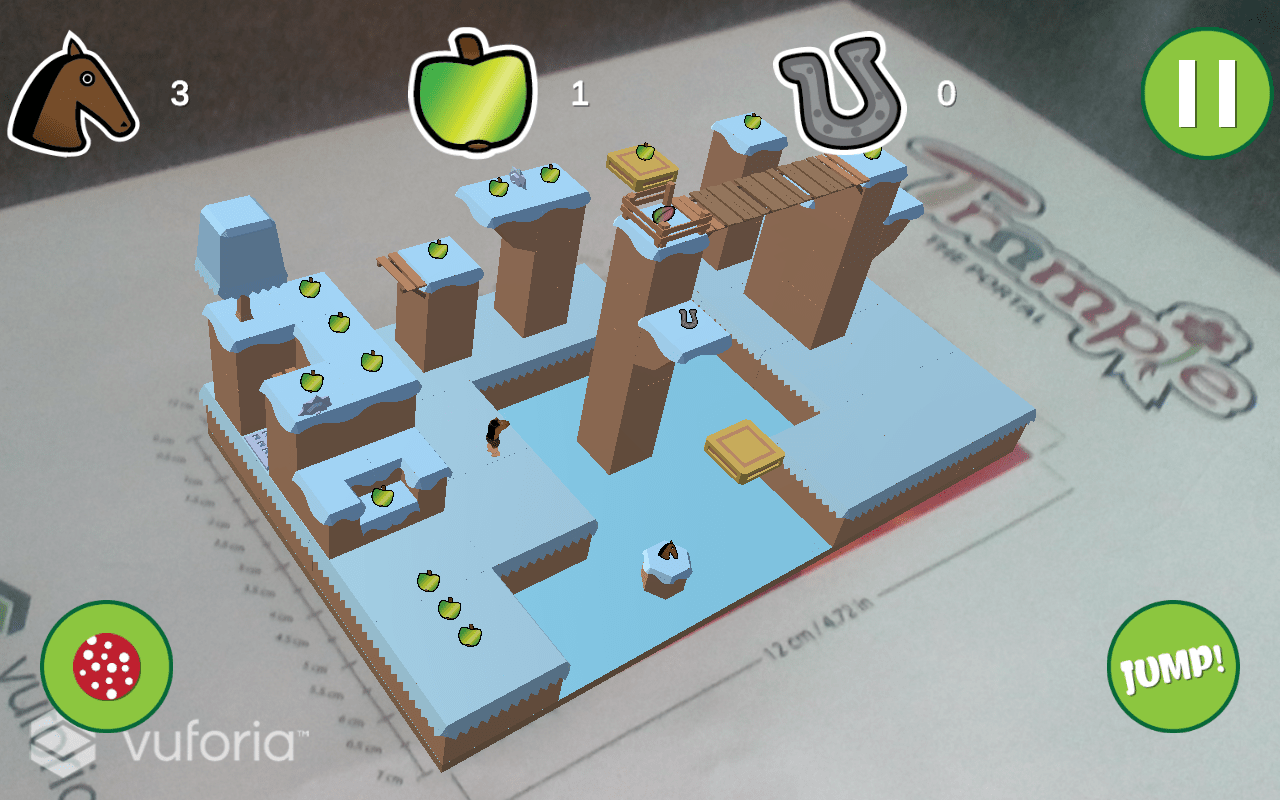 Trample AR is a tabletop platformer about a centaur who trampled a sorcerer’s garden and was promptly cursed to become a reversed centaur. He must collect magical seeds to restore the trampled garden and regain his centaur-ness!

I originally conceptualised Trample back in the summer of 2016. I shelved the idea however as it was a bit too ambitious - I was basically envisioning it as a full-blown Crash Bandicoot-esque game! I did want to return to it though as I have a soft spot for the wacky main character. 3 years later, I got to do just that with Trample AR for the Emergent Gaming Technologies module.

The module required that the game showcases the potential of at least one “emergent technology”, such as VR or AR. I chose AR because of how accessible it is (most smartphones can run an AR app nowadays). I scaled the original idea way, way down (it’s more of a demo or v-slice in its current state) and adjusted it to fit the module requirement. Trample AR uses the Vuforia Engine to render the game’s levels at an image target. The engine’s extended tracking functionality is used to render the levels even if the image target is temporarily lost.

Learning how to use Vuforia Engine in conjunction with Unity was probably the most challenging aspect of the project. That being said, it was not that challenging as the engine is well-documented. Bringing an idea I had to fruition in an unusual and fun way was great and I would love to return to this project to expand it in the future.