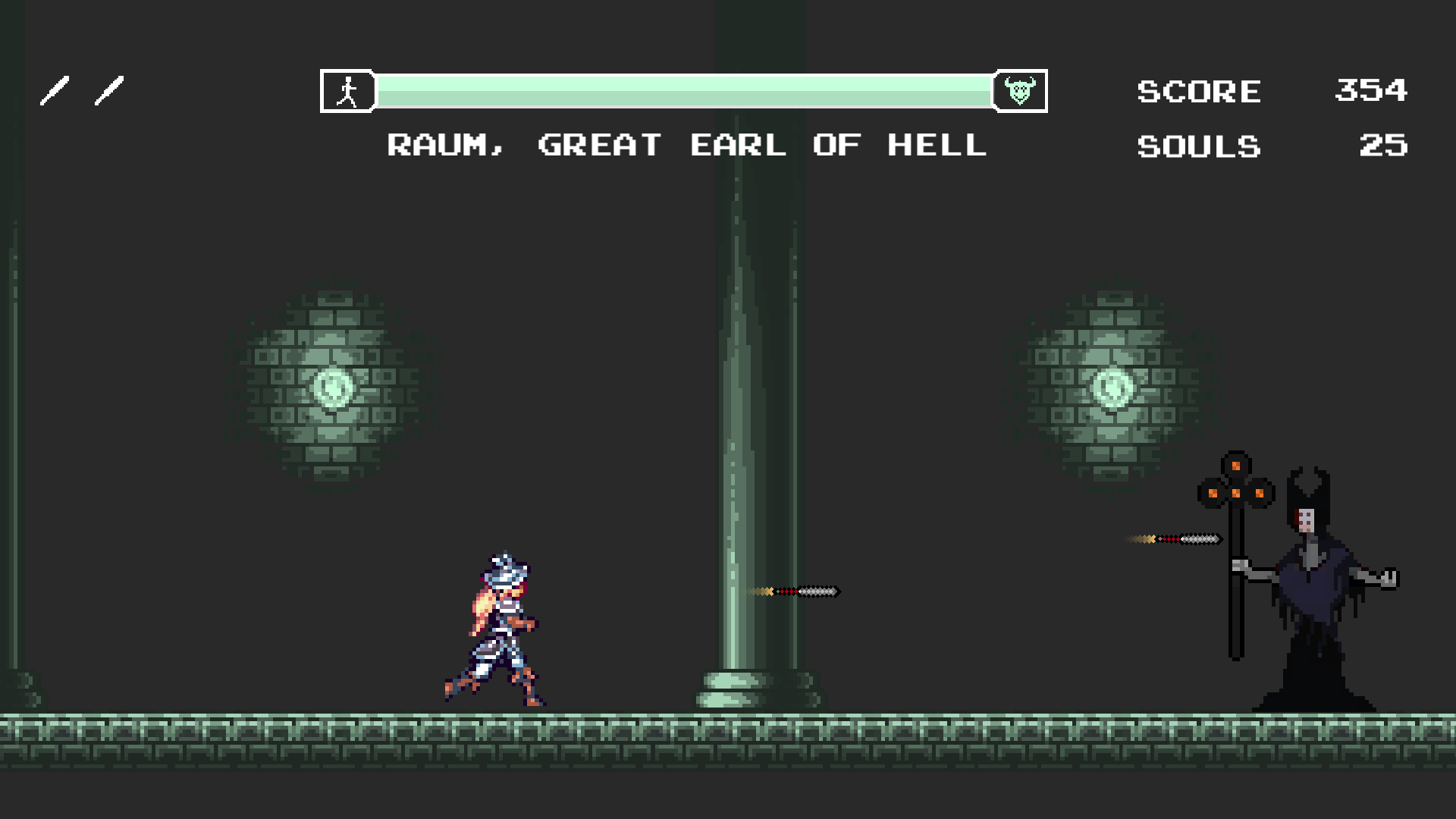 Sinner’s Run is a procedurally generated infinite runner created for the Introduction to Computer Gaming module, first featured in My First Ever Game Showcase post. My submission was more of a demo version of my vision for the game, so I am releasing it as such!

This game was my first time implementing and experimenting with several features, such as: