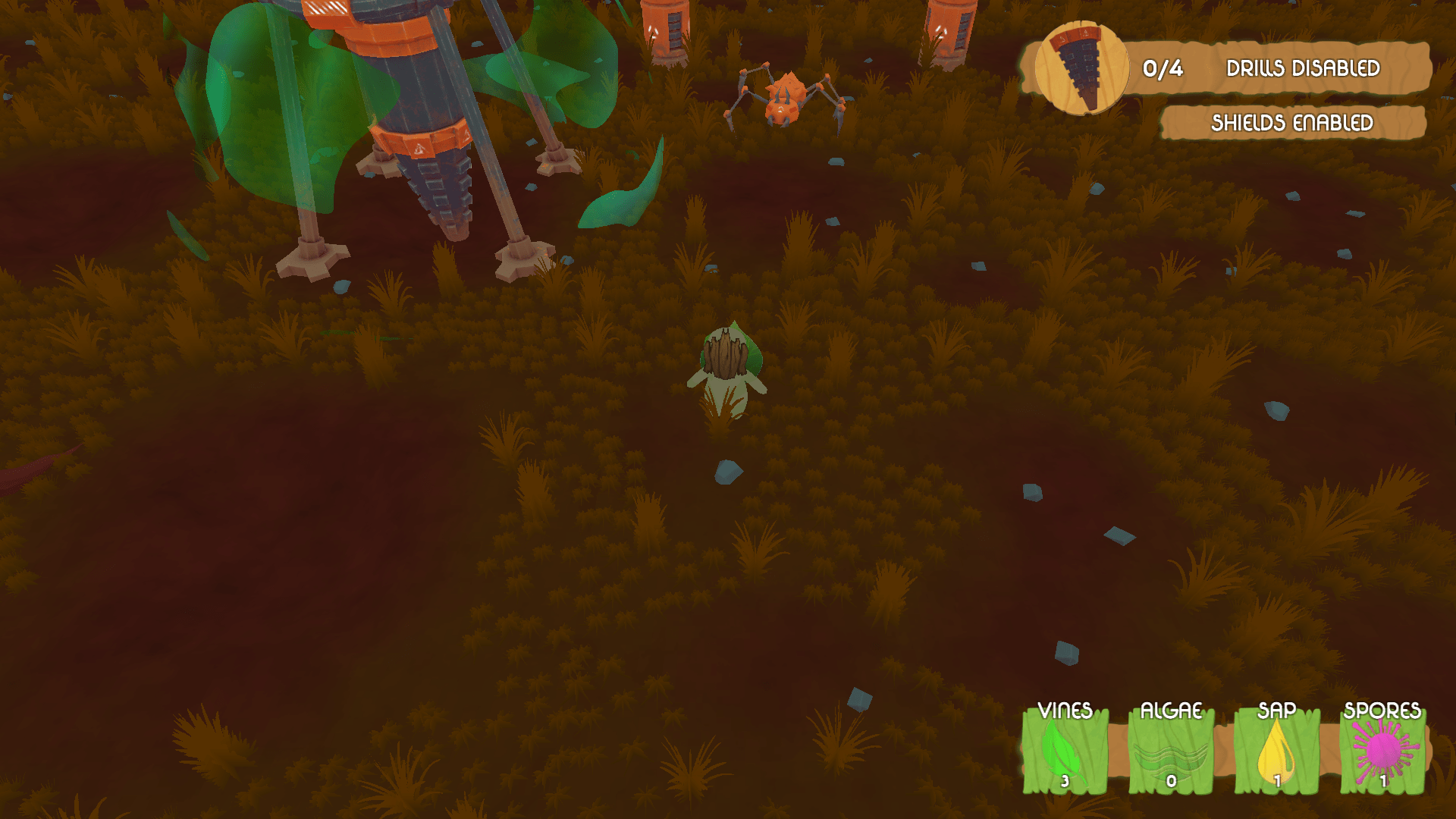 Re-Grow sees you join the spirits of the forest, known as Gardeners, in their quest to revitalize their dying world after it was invaded by ant-like Robots. Explore small procedurally-generated maps each with different missions that have to be accomplished without alerting the invaders. Bring the plant seeds you find in the outside world back to your Biodome to plant and grow, and then re-plant them outside to restore the world to its former glory.

Re-Grow was developed for the Game Design and Development module by a team of ten: four programmers and six artists. As the Designer, I was in charge of maintaining and updating the Game Design Document and Asset List as the project evolved over time. The game’s themes and gameplay features were worked on by the team as a whole with everyone pitching in their opinions and ideas.

As one of the programmers, I worked on several project features, including: