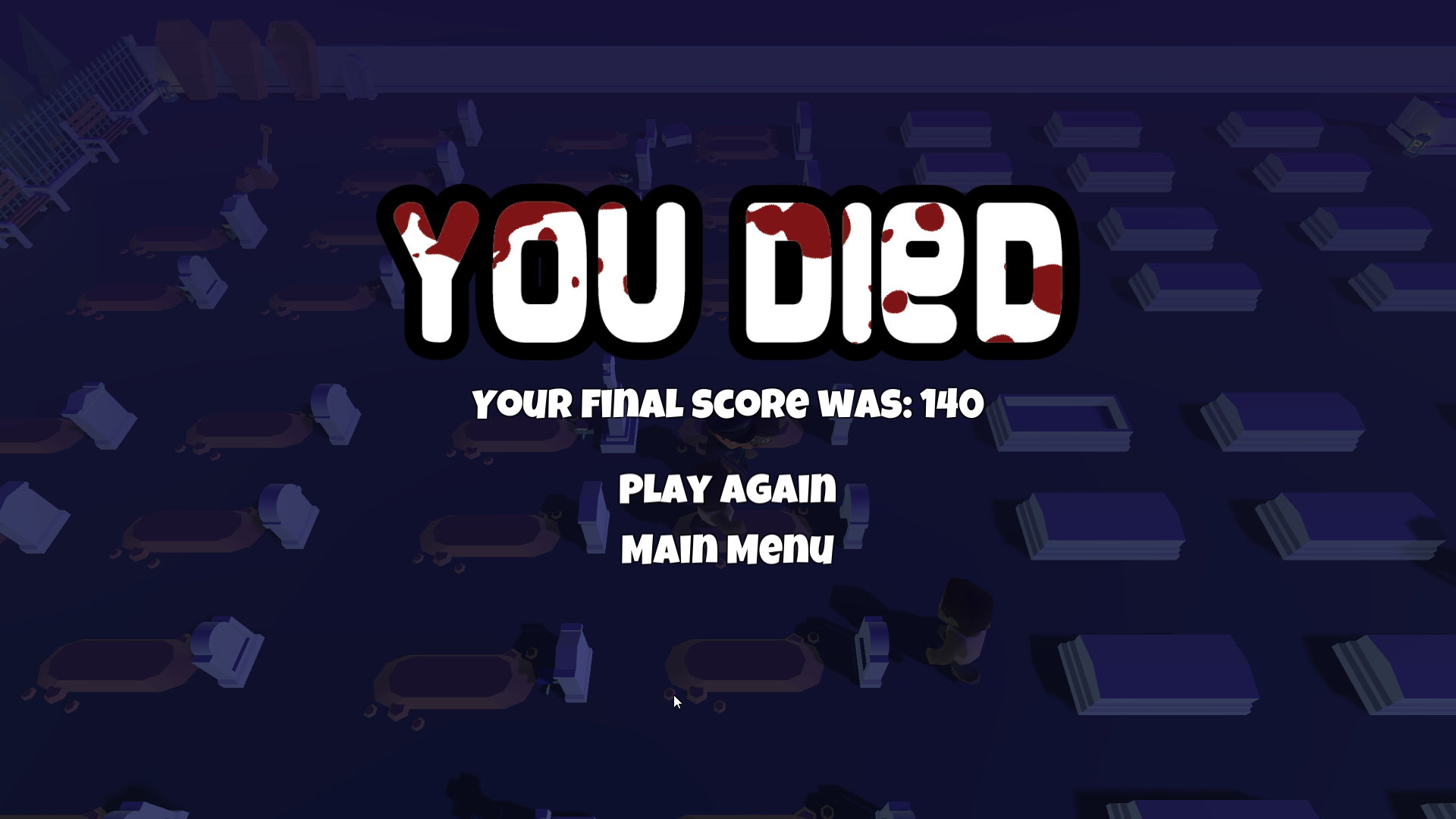 About A Grave Disturbance

A Grave Disturbance is a wave-based survival game, where you need to hold out for as long as you can. The game was expanding on a base project given to the Rising Star contestants which implemented various features, such as shooting, health, and ammunition pick-ups. The genre and theme was carefully chosen to build off of the pre-existing scripts. My primary focus was on implementing functional gameplay systems and the UI.

The game was made for the Sumo Digital Rising Star 2019 Challenge, for which I was one of the finalists. You can read more about its development here.